How to Avoid and Correct Passive Voice

How to Avoid and Correct Passive Voice

Using passive voice is an oft-cited faux pas for writers.

Before I get into what it is and how to correct it, I want to be clear: Passive voice is not a bad thing. Don't listen to grammar pedants who tell you otherwise. It's better to use active voice in many writing situations. This post addresses situations when active voice is better than passive and why.

WHAT IS PASSIVE VOICE?

You can think of passive voice as a way of stating something that puts the subject behind the verb (a transitive verb that is).

Chicago Manual of Style, 15th edition, (2003) puts it this way: “Compare the ox pulls the cart (active voice) with the cart is pulled by the ox (passive voice) ... The passive voice is always formed by joining an inflected form of to be (or, in colloquial usage, to get) with the verb’s past participle."

It’s helpful if you can identify the verb, subject, and object of a sentence, but we’re not here for a grammar lesson.

Imagine how confused and distracted Maroon 5 fans would be if they went to a concert and Adam Lavine took the stage singing “Lucky Strike” while wearing bell-bottoms and sporting mutton-chop sideburns?

WHY DOES USING ACTIVE VOICE MATTER?

Have you ever had to read a sentence more than once to determine its meaning?

Let’s go back to the ox and the cart.

Using active voice made it very clear that the ox was acting on the cart, and it communicated that point in five words. The sentence written in passive voice used two more words, and it slowed the reader down because some mental flip-flopping was in order to put the ox back where it belongs, in front of the cart.

At least in that sentence we could figure out what is pulling the cart.

Since this example communicates both the thing being pulled and the thing doing the pulling you may think that this passive and active voice thing is akin to hair-splitting, but it's a problem because when we use passive voice we often leave out the who or what doing the acting.

Passive voice: Next month's speaker will be announced.

Active Voice: I will announce next month's speaker on the fifteenth.

If your plans for attending next month's meeting hinge upon the speaker you probably want to know who will announce the speaker so you can look to that person for the information. Passive voice obscures that information. Active voice articulates it.

And did you notice that I added on the fifteenth? I could have said at a later date.

Great writers are great communicators. They anticipate questions and answer them.

HOW CAN YOU AVOID USING PASSIVE VOICE?

You can avoid using passive voice by putting the ox in front of the cart, but that might not always be as easy as it sounds. What you really need is something that can show you, in real-time, when and where you get things out of order.

Instructions for Setting up Word to Flag Passive Voice:

UPDATE: The latest version of Word does not support this option. If you've updated to Microsoft 10, this is no longer available. (Yeah, seriously. Who decides this stuff?)

Open your manuscript document in Word.

Under Proofing find: “When Correcting Spelling and Grammar in Word”

Now Word will catch many (but not all) instances of passive voice. As soon as you write a sentence in passive voice, you’ll know.

Now you need to correct it to make your writing clear**. Your manuscripts will be tighter and your writing will become more engaging for your readers.

HOW TO CORRECT PASSIVE VOICE

You know that the ox should be in front of the cart, but what happens when the sentence is more complicated and Word tells you that you’ve gotten things wrong? How are you going to put things right?

Identify the verb in your sentence.

“The cart is pulled by the ox.”

Identify the subject in your sentence by asking yourself who or what pulled the cart?

Identify the object by asking yourself what the ox pulled?

Now, flip the subject and the object and tweak the verb.

“The ox pulled the cart.”

WHY AM I TELLING YOU THIS?

I decided to write this post because the use of passive voice is pervasive. I spend a lot of my editing time highlighting it and telling authors what I just told you. I realized I could save myself a lot of time and energy if I only had to say it once.

And I realized that by writing a post like this, I can save my clients time and energy (ahem, and money!) by giving them this information upfront.

Now, I am an editor and I charge by the hour so you might be wondering why I’m telling you all of this. I could keep it to myself and make more money by having one more thing to look for and document when I work on your manuscript.

But the point of editing is to help writers see things they can’t see. Passive voice is easy to see once you know what to look for. And if you don’t want to look for it, Word will find it for you!

I would rather spend my editing time on substantive issues, split infinitives, and other scary grammar stuff that is more difficult for writers to see. And I’d also rather not have to bleed all over a writer’s manuscript for something as simple as this.

And there’s one more reason I’m telling you this.

Writing in active voice can correct other problems.

Many writers, particularly fiction writers, use too many words. And those words are often adverbs, adjectives, and prepositional phrases. More on that some other time but keep in mind what Stephen King says, “The road to hell is paved with adverbs.” A sentence written in active voice is clear. There is less temptation for the writer to try to clarify it by tacking on unnecessary verbiage.

So, if you learn to recognize passive voice and correct it immediately, you will not only avoid one huge style faux pas you might just avoid several of them.

Use active voice when you write. Let your talent and your story shine. Put the ox in front of the cart, and let your manuscript look the part. You may not be a rock star, but you can be a word star.

**This is a quick guide not a comprehensive explanation for passive voice. When in doubt, leave it. That's what your editor is for.

Photo by Nik MacMillan on Unsplash

Clayton Moore was the first African American hired onto the Fostoria, Ohio police force in 1986. In 2008, the City of Fostoria claimed sixteen conduct

It has often been said that books serve as windows, mirrors, and doors. In times of crisis, we need them more than ever. These are 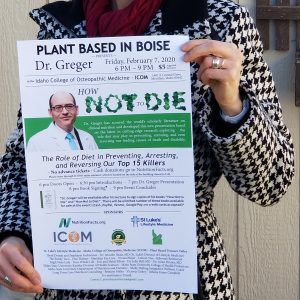 With few exceptions, I promote only my clients and their books. But when I have the opportunity to introduce you to true experts and scientifically 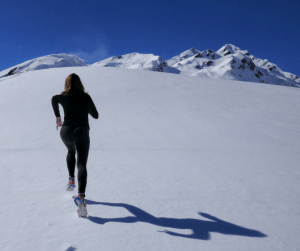 This article was first published by Unbound Northwest who I thank for supporting my work.   The much-anticipated documentary “The Game Changers” hit theaters on

I am an inclusive business person. I do not discriminate based on race, ethnicity, country of origin, age, marital status, disability, religious or political affiliation, gender identity, or sexual orientation in any of my activities or operations and will not contract with any author or vendor who demonstrates a disregard for the dignity, safety, and overall well-being of any other person or group.